On May 17th, the Urban League celebrated the 6 unit development on Ash Street.

To see additional coverage, visit LEX18: 51 And Not Done For Lexington’s Urban League

Learn more about ULLEX,
or
get involved!

Urban League of Lexington President and CEO P.G. Peeples, Sr., National Urban League President Marc H. Morial, along with Urban League affiliate leaders from across the country, issued the following statement in response to the civil unrest sweeping our community and the nation: 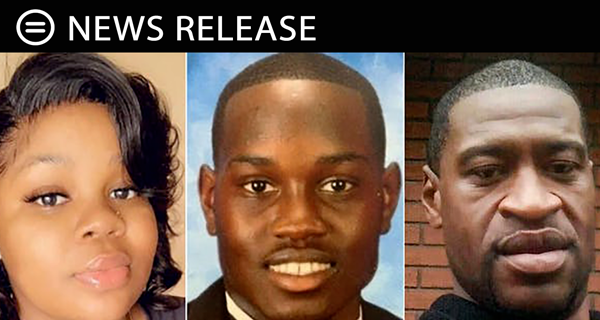 Our communities are overwhelmed with grief. We are heartsick over the inhumanity we have witnessed in the recent deaths of Breonna Taylor, George Floyd and Ahmaud Arbery. We are appalled by the callous response from the authorities who shrugged in the face of evil.

Cities across the nation have erupted in rage and despair. As civil rights leaders who are committed to racial justice, we share the protesters’ anguish, and the heartbreak of the communities where uprisings have turned violent.

There are those who are inciting violence and mayhem. And there are those engaged in peaceful protest. No one should assume they are the same people, and we refute any attempt to discredit or dismiss the just cause for which people are marching based on infiltrators bent on sabotage. We support the right of citizens to engage in peaceful protest. We condemn the use of excessive force to dispel demonstrations.

We are hearing what Martin Luther King, Jr., famously called “the language of the unheard.” When George Floyd begged for his life as Minneapolis Police Officer Derek Chauvin pressed his knee into Floyd’s throat, he was unheard. The onlookers pleading with Chauvin to stop were unheard.

The cries for justice have gone unheard long enough.

The Urban League Movement has proposed specific recommendations for police reform and accountability. These include the widespread use of body cameras and dashboard cameras, revision of use-of-force policies, officer training and hiring standards, and the immediate appointment of independent prosecutors to investigate police misconduct.

But even more than these measures, we need a revision of our culture. It’s a culture that teaches a white woman walking her dog in Central Park that racially-motivated police brutality is a weapon she can use to enforce her own preferred social code.

As we pursue these measures to reform the police in our communities, we call upon all community leaders, elected officials, corporate leaders and social institutions to join us in pursuing policies that promote racial reconciliation.

The Urban League Movement is comprised of the National Urban League and its 90 affiliates, serving 300 communities in 36 states and the District of Columbia.

For more details, email us at RSVP@ullexfay.org

On May 17th, the Urban League celebrated the 6 unit development on Ash Street. Learn More